Listen to Gospel Grind Radio! We are live on the AIR NOW Listen below!

Shelia Moore Piper returns with her new album entitled "Are You Ready Chapter 2" from the Bdm/Ugroove Music label.

It is comprised of 12 new powerful anointed tracks, with popular songs like "Get Excited" (the hit single)which debuted in the top 50 Independent and Adult Contemporary Charts, "It's Time" "Clap It Up" produced by award winning producer Dre 'Drathoven' Atkins and the title track "Are You Ready" featuring vocalist 'Erin Stevenson', Bringing listeners 47 mins worth of excellent listening. In addtition to Shelia Moore Piper's own gorgeous, sparkling vocals, "Are You Ready Chapter 2" also features towering talents of Tachina Danielle, Monica Williams, Derrick Leon and Gene Moore Jr. Shelia's music is spiritually inspired, and every song on this, her most spectacular work to date, has its heart and soul in unwavering faith and praise of her Lord and Savior Jesus Christ.

Establishing an independent record label and production company with her husband Glenn 'GP' Piper, Busin Da Devil/Ugroove Music in 2004, as a vehicle to increase the effectiveness of her ministry, she released her Debut album 'Tha Story Told Twice' in 2009. Breaking new grounds and perhaps carving out a new category in gospel music she labels "Christian Soul". With signature songs like "Single Lady" And "Rest Your Mind the album received numerous airplay from various stations including KROI- FM (92.1), which is the home of the Yolanda Adams Morning Show.

When you spend time with Shelia you begin to understand the subtle intensity of her music. "Music is a ministry, and its my ministry," and it was this passion and conviction that inspired Shelia Moore Piper to deliver her current release "Are You Ready Chapter 2". A body of music that is inviting,reflective, and encompasses a universal message of worship self love, and hope.

Piper deals with these themes directly and with endless finesse. Her voice is soulful, feminine, and guided by her impeccable ear and
good taste. Her range is exceeded only by her precision. she is never guilty of being showy, or of oversouling. "Are You Ready" stretches over a variety of styles, utilizing jazz and soul undertones, often dealing in groovy offerings of funk with smatterings of Motown and disco, and occasionally visiting the hip-hop genre. All in all, the record is exceptional listening, incredibly well orchestrated and produced, and
represents a fantastic introduction for the public to this astounding, Christian Soul singer.

Piper says, The "Are You Ready" Project is awesome because of the magnitude of what it speaks. It just doesn't speak only to a collective
body of people but it makes you examine yourself and your personal relationship with "Jesus Christ The Lord".
As an artist i want my music to uplift and inspire. through the years the sound of gospel music has evolved to speak to new generations
Shelia shares however, the message remains the same; Jesus is the way, truth, and light. It is my desire that all people know Jesus Christ
perfects that which concerns us, and to encourage everyone to build a strong spiritual connection to the higher power that is he.

Shelia adds, "One of the truths that remains close to my heart is taken from the Book of Mark,"... Who do men say I am? The disciples said "John The Baptist", others say Elias; and others say "One of the Prophets". And Jesus asked them (individually) "But who do "You" say I am? I agree with Peter who said: "You are the Christ, Son of the living God."

Shelia Moore Piper began writing songs as a young girl coming of age in Dallas, Texas. Shelia has drawn her musical inspiration from some of the great names in contemporary gospel music like Yolanda Adams, CeCe Winans, Kirk Franklin,Tye Tribbitt Mary Mary, Dorinda Clark and Karen Clark-Sheard; still ultimately, her main inspiration is the word of Jesus Christ. “The power of the Lord is awesome!” she says. “Especially through times of difficulty.”Piper received a bachelor’s degree in music from Southern University-Baton Rouge in La. and an associate’s degree in music and video business at the Art Institute of Houston. She has lifted her voice and talents at various special events, including “Koinonia” at Lakewood International, where mega church pastor Joel Osteen presides, Pastor Dan Willis ( Im Just Sayin) gospel TV show in Detroit and various traditional and non-traditional venues. 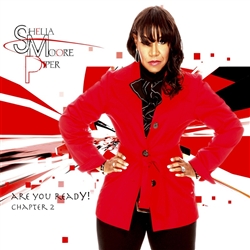 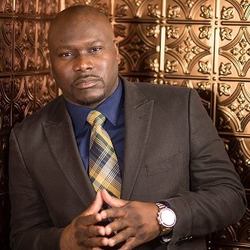